Ride on Dads' mission is to promote awareness, encourage screening, and raise money for Prostate Cancer research. We do so with your help, and that of these sponsors:

Why support the Huntsman Cancer Institute

With management of the Utah Population Database (UPDB), Huntsman Cancer Institute houses the world’s largest repository of health and genealogic records in the world. More genetic mutations for inherited cancers have been discovered at Huntsman Cancer Institute than anywhere else in the world. The genes for breast, ovarian, melanoma, head and neck cancer, colon cancer, and more, were all discovered here.

By funding efforts to better understand the beginnings of cancer and more effectively treat cancer, you help relieve suffering and improve the quality of life for cancer patients, survivors, and their families when you give. Cancer patients, caregivers, and donors are encouraged to come together in a myriad of ways to fight cancer individually and collectively through fundraising programs and events like Ride on Dads.

When you donate to the Huntsman Cancer Foundation, 100% of your donation supports what really matters: cancer research.

You can choose a one-time donation, or a recurring monthly donation. 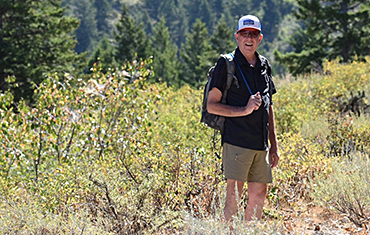 I was seeing a urologist who told me when I was 51 that I should get a PSA test every five years, since there was no cancer in my family history. He did the routine PSA test at that time and it was normal. That was in 2008.

In 2012, I remember thinking I should get tested, so I went and got a test and my PSA was off the charts. I had no idea what was in store. The doctor told me I needed to get a biopsy. I went in for the test and found out I had cancer in my prostate and had a rather aggressive cancer. It was a good thing I went and got tested, even though it had only been 4 years, instead of 5, like my doc told me. Had I waited another year, it could have been worse.

Do you know 1 in every 9 men will get prostate cancer? That’s why it’s worth paying attention to this issue and get your PSA tested!

This is why I tell people they should get tested regularly after age 50, because had I got tested more regularly after 50 I may have caught it sooner and maybe I wouldn’t be in the situation I’m in now. The point is, please get a PSA test regularly after age 50 even if you have no history of prostate cancer in your family. It’s a simple inexpensive blood test that may save your life!

Screening for prostate cancer should be a priority for men over the age of 50. Make an appointment to get a PSA test regularly!

I find myself now with cancer in my bones after it spread from my prostate despite having my prostate removed in 2012 and getting 38 rounds of radiation treatment in addition to many more clinical trial treatments going into 2020. I am now taking hormone therapy drugs that have stopped the growth of the cancer for the time being and I’m thankful for that. However, the cost of treatment has been staggering. I’m thankful that I have good insurance and have been treated for my disease at the Huntsman Cancer Institute in Salt Lake City, Utah.

The folks at the Huntsman Cancer Institute are also conducting research, which I have been a part of, as a patient as well as raising funds for research. Research is so important, because as long as there is research, there is hope for those stricken with this disease as well as those who love them.

In conclusion, if you’re 50 or older, please get your PSA tested regularly and donate a few bucks every year to the Huntsman Cancer Foundation! A few dollars can make a big difference in the search to eradicate this horrible disease.

Thank you for taking the time to read and consider my cancer story. 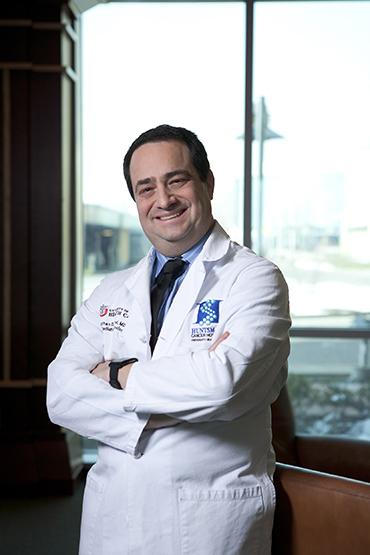 The team of doctors and researchers at the Huntsman Cancer Institute need your help to make eradicating prostate cancer a priority. As a National Cancer Institute designated Comprehensive Cancer Center, we have all the tools in place to make a real difference RIGHT NOW. We have organized our research efforts into the following pillars:

We need your help. Did you know that every single dollar that is contributed to the Huntsman Cancer Foundation for prostate cancer research is provided to the researchers directly, without any removed for organizational overhead?

Prostate cancer is a scourge. It’s all time for us to “Cowboy up” and make men’s health important. We need to end prostate cancer. Even if the men in our lives won’t be proactive, we can be. Please consider giving to our research efforts to keep your sons, brothers, fathers, and husbands happy and healthy.